The best demo education It is a long established fact that a reader.

The internet is a pretty big place. It can be hard to know where you stand when it comes to netiquette, especially when you’re still learning how to navigate the online world. That’s why we’ve put together this handy guide for students who are new to the digital world.

Netiquette is shorthand for “net etiquette,” and it refers to the type of behaviour that is expected in online spaces. Netiquette is basically a set of rules that governs how people should behave on the internet in order to keep things civil and respectful. It’s not just about what you say; it’s also about how you say it. Netiquette is all about being kind to others while using the internet. The term “netiquette” was coined back in 1994 by a group of internet users who wanted to find ways to make the web more welcoming and inclusive for everyone. They wanted everyone to feel safe when they used the internet—and they wanted people to be able to get along with each other. 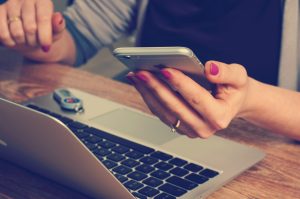 In today’s world, it can be hard to navigate the digital landscape. From social media to email, we are constantly receiving messages from strangers that may or may not be appropriate. These messages range from simple comments on a blog post to more serious threats and harassment.

Students should never forget that there are real people on the other side of their screens—and that those people deserve respect. While it’s tempting to use sarcasm or make jokes online, students should avoid doing so if they don’t know their audience well enough to be sure they’ll understand the joke.

When interacting with teachers online, students should follow all guidelines in the school’s course syllabus. They should also take care not to post anything that could be considered offensive or inappropriate—this includes language and images as well as comments about other students’ work or behaviour.

Netiquette is a code of conduct that applies to digital communication. More generically, it’s a set of behaviours, rules and guidelines that help people communicate effectively online. Many schools have their own netiquette guidelines, but the most common rules are simple:

Respect others’ opinions and views. Be nice! Use appropriate language at all times – no swearing or offensive comments. Don’t spam people with emails or messages unless they’ve specifically asked you to contact them in that way. If someone asks you not to contact them again, respect their wishes and don’t do it!

Netiquette is important because it helps you avoid making mistakes that could cause problems for you or the people around you. It can also help you learn how to communicate effectively on the internet, which will be useful no matter what career field you choose.

The most important thing about netiquette is that it’s something everyone should practice, no matter what their age or level of experience with technology. Even if you’re a seasoned professional who has been using computers for years, netiquette is still important because it helps us maintain social standards for behaviour in an environment where there aren’t any physical cues or other ways of knowing if someone feels uncomfortable with something we’ve done or said.

Netiquette is the etiquette of the Internet. It’s a set of personal rules for how to behave online, and it helps everyone stay safe, respectful, and responsible. Some tips to do are as follows:

– Don’t spam or harass people through email or social media. If someone doesn’t want to talk to you anymore? Let it go. If someone says something mean about you? Ignore them! If someone wants their privacy respected? Respect their wishes!

– Be kind and respectful to others online. No one likes being harassed or insulted, so don’t do it! Just because we’re all on the internet doesn’t mean we’re not real people with feelings—and we deserve respect as anyone else does.

– Stay on topic. When you’re in a group chat or forum, it’s easy to get distracted by other conversations or threads. While this is sometimes inevitable and even desirable, you should always try to stay on topic.

– Don’t share anything that’s confidential or private without permission from its owner first; if they don’t want it shared then don’t share it! Plus there’s no need for anyone else to know anyway unless they’re involved in whatever situation led up to this moment where now they would need an update.

-Be polite and respectful in all interactions. Don’t post rude comments on other people’s blogs or social media accounts; even if you think someone is being mean to you, it’s best to ignore them or block them instead of responding with hostility.

– Use a friendly tone in your writing. Don’t use ALL CAPS when you’re angry—it’s easy to misinterpret this as shouting!

– Keep negative opinions about other people as private as possible (for example, in a private message). If someone asks for feedback on their work, try to offer constructive criticism instead of just saying “I hate it!”

– Be respectful of other people’s time and attention. Don’t spam them with too many messages or links, and don’t send them unsolicited content like links to ads or surveys.

– Keep your language clean and professional. If you want to talk about something that might be considered offensive, do it in private messages with friends instead of in public forums where everyone can see your comments.

– Make sure your tone is positive and constructive when posting comments online. We all have our bad days sometimes, but if we express ourselves in a way that’s rude or negative toward others on social media platforms like Facebook then it makes us look bad and can result in getting blocked by others so they won’t have to deal with our negativity anymore!

– Don’t post anything that could be perceived as racist, sexist, homophobic, transphobic, ableist, etc.

– Don’t use slang or emoticons in professional settings.

– Use the best grammar, spelling and punctuation possible.

Teaching students about Fake news…Why is it important?

How to not fall for a Clickbait!

How to Create Course?
How to Become an Instructor?
How to Buy Course?